It’s been my greatest honor to serve my community and country through healthcare and medicine. I’m the former-founding Medical Director of Cardiovascular Surgery at WellStar Health Systems in Marietta, Georgia, and Associate Professor of surgery at Emory University in Atlanta, Georgia.

In July 2019, I started my own healthcare staffing and consulting company – Prime Health Service Group, LLC. I am also honored to be the Founder and Chairman of Cooper and Company Consulting – both of which are proudly veteran-owned and operated.

It’s been my greatest honor to serve my community and country through healthcare and medicine. 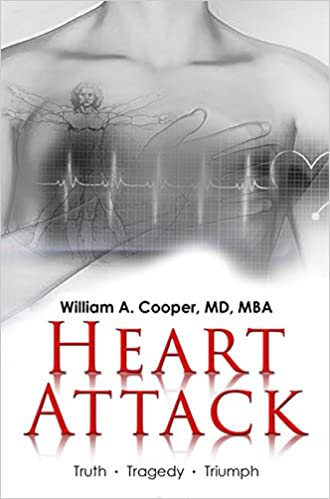 …and completed four tours of duty in support of military operations around the world, including two tours in Afghanistan, Iraq, Kuwait, and in the continental United States.

In 2016, I became a published author with the release of my first book, “Heart Attack: Truth, Tragedy, Triumph”, which was featured on the Steve Harvey show.

I Want The Book